This project will provide for  the  expansion  of  the  present  marble  restoration  lab  which  was  built  in 1984    –  dedicated to the memory of Terrence Cardinal Cooke by the Friends of American Art in Religion. The new expansion will be equipped to better serve the large amount of sculpture restoration as well as to specifically equip a separate space to make cast reproductions of original sculptures conserved in the Vatican.

The ability to make quality reproductions in-house is not only a source of revenue for the laboratory, it is also primarily of scientific utility for research and continuing education of curators, conservators and art historians. “Many patron supported conservation projects require plaster casts for scientific reasons. The service is also increasingly being requested by museums, universities, and cultural institutes from all over the world. The advancements in conservation technology and the need to update instrumentation will greatly improve the monumental conservation efforts not only within the Museums but to other cultural and religious institutions related to the Holy See whose works are under the tutelage of the Vatican Museums.  The plan will also bring the laboratory up to European standards.

The newly expanded laboratory will be dedicated to the Carlson family and the New York Chapter. 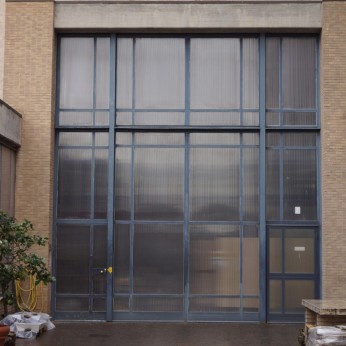